Contributed and Written by Steve Gettle 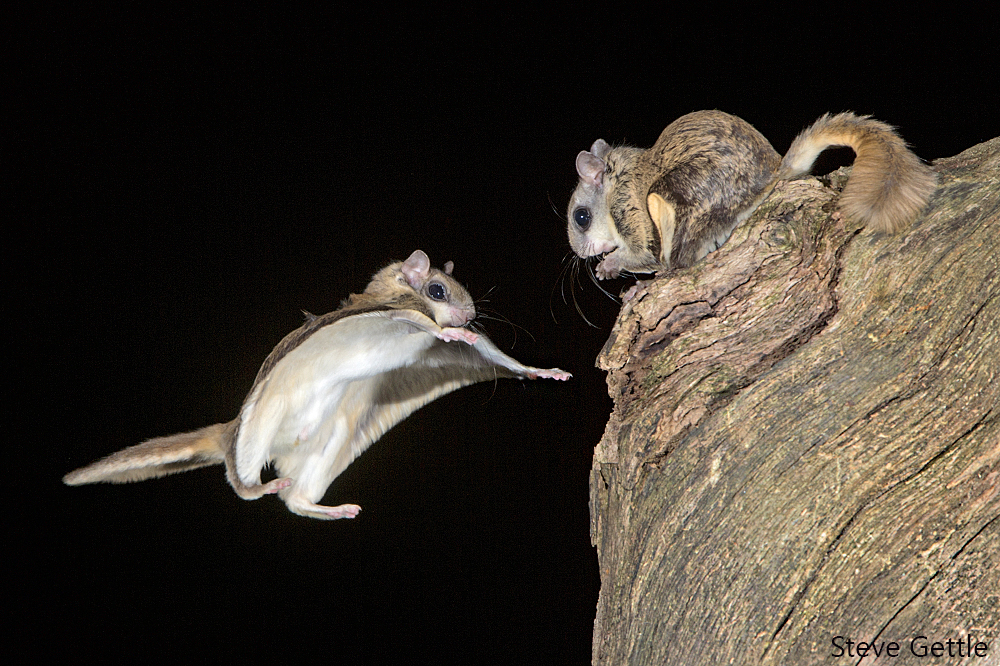 Flying Squirrels are fairly common, although seldom seen members of the rodent family. The Southern Flying Squirrel is found throughout the Eastern half of the United States. The Northern version is only found in the Northern most tier of states and in Canada. 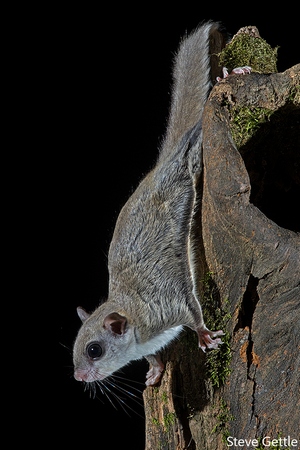 One of the biggest challenges of this project was attracting, and training the squirrels to do what I needed them to do, so I could photograph them. I started off by simply mounting a tray to the side of a large oak tree. Each night at sunset, I would place a handful of nuts on the tray. It took a few weeks but eventually the Flying Squirrels found this new food source. This allowed me to do pretty standard shots of the Squirrels on the trunk of the tree. Of course that is just a tiny part of the story of flying squirrels.

My real goal was to photograph them in action. In order to do that, I would need them to follow a predictable flight path. So I created a feeding tray that I could move around. I started off with this new tray right next to the old one on the side of the tree. I also attached a photogenic log as a landing spot for the squirrels just above this new tray. Slowly over the course of a week, I gradually moved it farther and farther away, which now forced the squirrels to fly back and forth to their new dining room in a very predictable flight path.

Photographing the Squirrels in Flight

The photography part of this project was actually pretty straightforward. I used three lights, one main, one fill light, and a hair light from behind the Squirrel. The hair light provides a little rim lighting to help separate the Squirrel from the background. I used Nikon SB-600s dialed down to 1/16th power, giving me a 1/15,000th of a second burst of light to freeze the action.

The Sabre was the perfect trigger for this shoot. I used it on auto for the bulk of the images, having it trigger the camera, which then fired the flashes. I could vary the distance of the Sabre from the perch to get different in flight poses, further away for flat out gliding, or I could move the Sabre in closer to the perch to show how they parachute in for a nice soft landing.

Probably, the most technically challenging image I created in this shoot is the shot of the squirrel flying directly at the camera (see below). The challenge here is dealing with shutter lag. Shutter lag is the slight delay between when the Sabre sends the signal to fire the camera and when the camera actually gets around to opening the shutter and making the picture. This delay can be anywhere from a 100 milliseconds to as much as 300 milliseconds. Not a problem when your subject is moving parallel to the camera. But when your subject is moving directly at you, this delay makes it very hard to know exactly where the squirrel will be when the shutter actually opens and therefore, very hard to know where to focus.

The Sabre actually makes this shot, simple. Since I was working in the dark, I was able to leave the camera’s shutter open on bulb and then have the Sabre fire the flashes, eliminating shutter lag. Once I get a trip, I simply need to reset the camera’s shutter to prepare for the next trigger. If that all sounds complicated, you don’t need to worry, the Sabre actually manages all of this for you. When the Sabre is tripped, it fires the flashes and then resets your shutter, to get ready for the next shot. In addition, if there is not a trip in 60 seconds (you can set whatever time you want) the Sabre will automatically reset your shutter, in order to avoid noise. 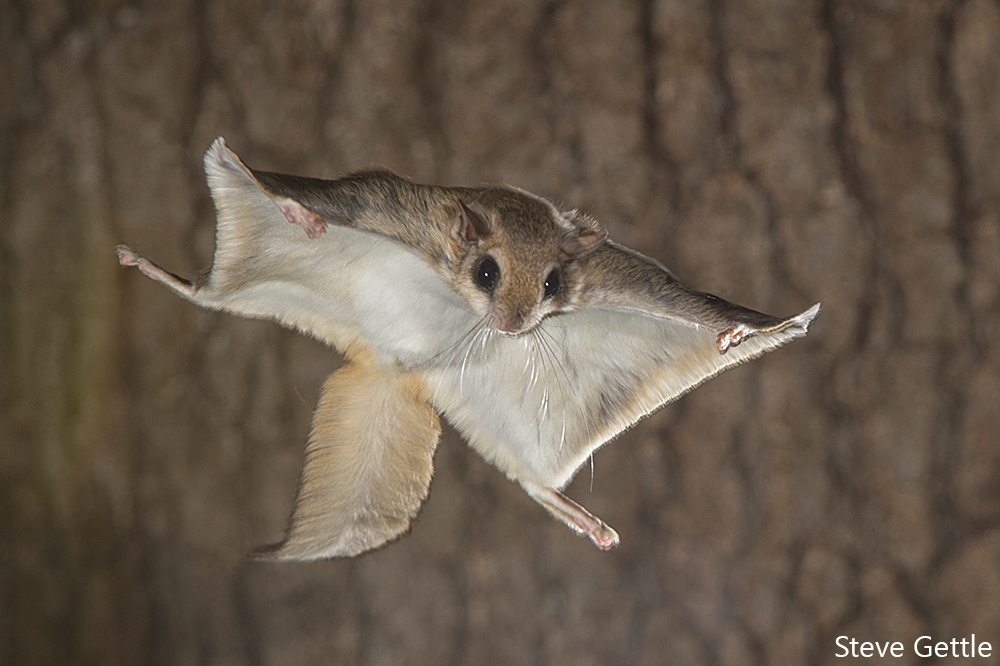 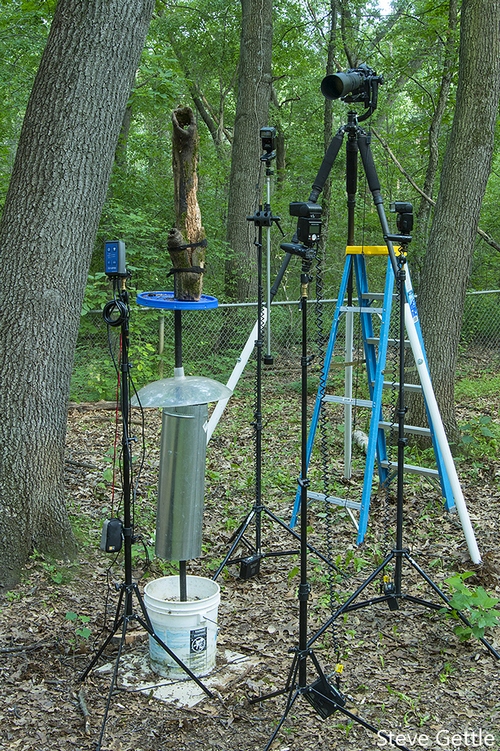 Many thanks to Steve Gettle who contributed this article.

You can see more of Steve's work as well as his workshop offerings on his web page www.stevegettle.com