Our mission at Cognisys is to enable photographers to Capture the Hidden World! Whether your subject is too elusive, too small, too fast or even too slow to capture with traditional photographic techniques we create technical solutions to help you differentiate yourself as a photographer. From Automated Focus Stacking to Camera Trapping we can provide gear that will bring your wildest photographic ideas to reality.

Every month or so we like to post an image taken by one of our customers using our equipment. It gives you a great idea of what is possible with Cognisys gear. If you have an image you would like us to consider for this spot please send it to us at support@cognisys-inc.com.

This months featured image was captured by Benjamin Olson. Ben captured this image using the Sabre.

In August of 2020 I returned from two weeks in the field in northern Minnesota. I had parked my car at a rural airport, and upon my arrival I noticed something peculiar in my car. There were tons of tiny little foot prints all over my dust covered dash. I had a travel buddy, a little deer mouse (Peromyscus sonoriensis), whom I named Morty. Now I know what you're all thinking... How unsanitary, it'll chew your wires in your car, and you might get the hantavirus. All valid points, but through routine sterilization of my car and constant removal of any food sources I was willing to take the risk. Through my preventative measures I didn't notice signs of Morty very frequently, just enough to remember he was there. Then this autumn arrived and I hadn't see any sign of him for months. I thought he had moved on the greener pastures, or met a lady friend and settled down. So... I became careless. I left a coffee mug with an apple core inside in my cup holder one night. The following morning I noticed the unmistakable feces on the lid of the cup. A lightbulb went on in my head. This was the opportunity I had been waiting for. For months I wanted to camera trap this little guy, but I didn't know how to effectively pull it off, but now that there was something that he was drawn to it was time to execute my plan. I set up a camera trap with five lights to illuminate the interior of the car and the mouse itself. Each night I lay in bed thinking what do my neighbors think when they see the flashes go off inside when Morty triggers the camera? How long until the police show up asking why my car looks like a techno concert? Neither of those scenarios unfolded to my surprise. It took a week to get this shot, but what I didn't predict was the frost forming on my windows and windshield as we transitioned into winter. The literal icing on the cake! Don't worry, I removed the mouse with a live catch trap, and even discovered he had a little friend in the car with him. After I released them, I doused my car with bleach. Gross.

The image was semifinalist in WPOTY. 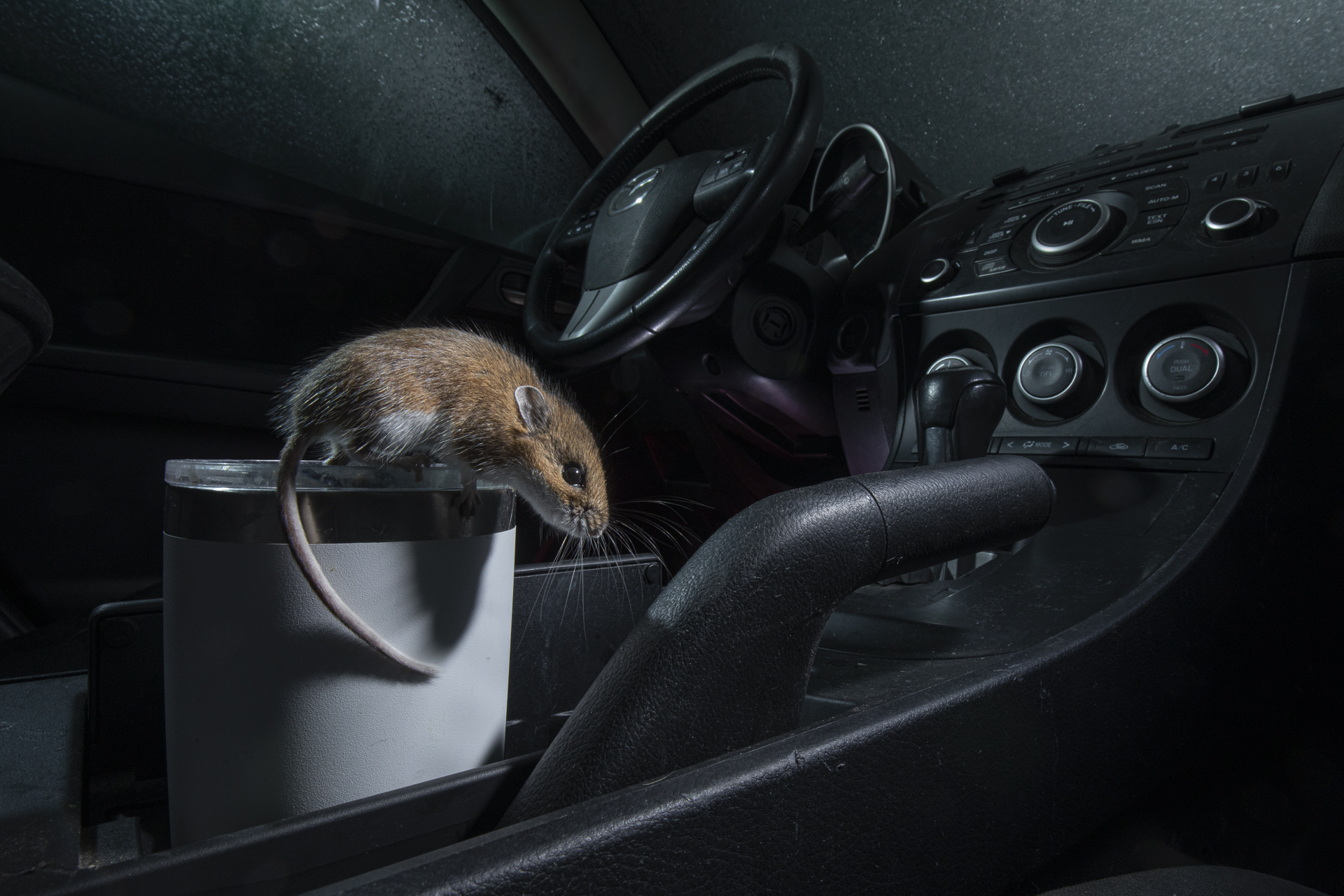