I am a zoologist with particular expertise in animal behavior. After 25 years as Director of a zoo, I decided to turn my hobby into a career. Since 2011 I have been a wildlife photographer and film maker, initially working in several distant regions of our planet (Russia, US, Nepal, India…) but now, for environmental reasons, only in Germany. Although our nature is well known, there are still many secrets to discover. Especially the behavior of nocturnal animals living in remote places that has rarely been seen, let alone filmed.

This poses an interesting and sometimes complicated challenge for a behavioral scientist who is trying to get new and high-quality footage for wildlife documentaries. Here the Cognisys camera traps come into the play - because sensor-triggered cameras can catch relaxed and even previously unknown behaviors that would never be observed if a human were intruding in these “secret” places.

If you have found such a place you need patience (sometimes months!) until the animal exhibits the desired behavior. Then your camera can take an excellent photograph within a few seconds. But, Getting video material is a rather different task. For a good story in a wildlife documentary you need huge quantities of footage. The editor is very interested to have different views from the same place, preferably of the same individual(s) and with as much action as possible.

Even with “normal” hand-operated cameras and a wide range of (telephoto) lenses it is not easy to get enough footage for the editing of a wildlife documentary. This is much more challenging with remote cameras and a limited range of (wide angle) lenses. You have to find places where the cameras can be installed - the animals must accept the boxes and should come very close. Because you cannot move your camera to follow the movement of an animal and because you cannot zoom in or out, you need at least two cameras for every location.

And in our densely populated country you should cross your fingers or hide your Scout boxes and sensors very well because some individuals may have special interests in your equipment.

Let me explain with an example how we try to deal with such challenges. 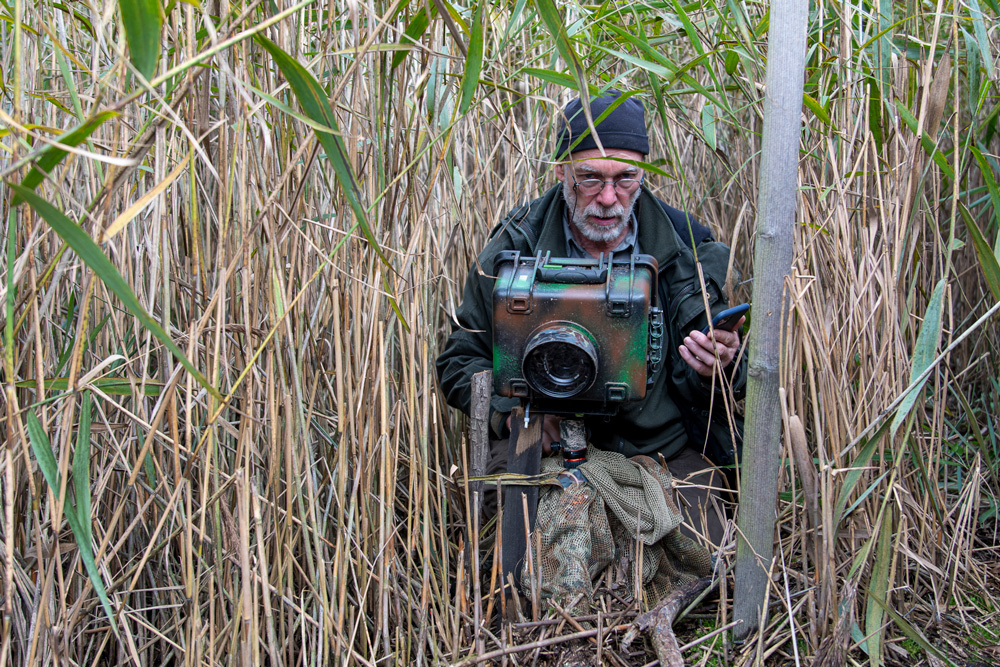 Finding a suitable place is not that complicated if you know the behavior of your species well or know some people who know it. The easiest way to check the location and seasonal behavior is by installing a trailcam as a first step.

We did this for instance with raccoons. Nowadays this is unfortunately a common species also in Europe. But it shows interesting behaviors and sometimes you can observe interactions with native species like European otters.

We found a location in a carp-rearing area where the raccoons regularly use a trail between two ponds. The animals are strictly nocturnal here, meaning you have to install lights.

We decided to choose infrared LEDs because that yields black-and-white footage, which immediately conveys a nighttime atmosphere. These two self-explanatory photographs show our set-up.

And this is a result - two young raccoons playing and fighting - a screenshot of a nice behavior but still not enough for editing.

That’s why we will soon install a second Scout box with a different viewpoint and another lens. 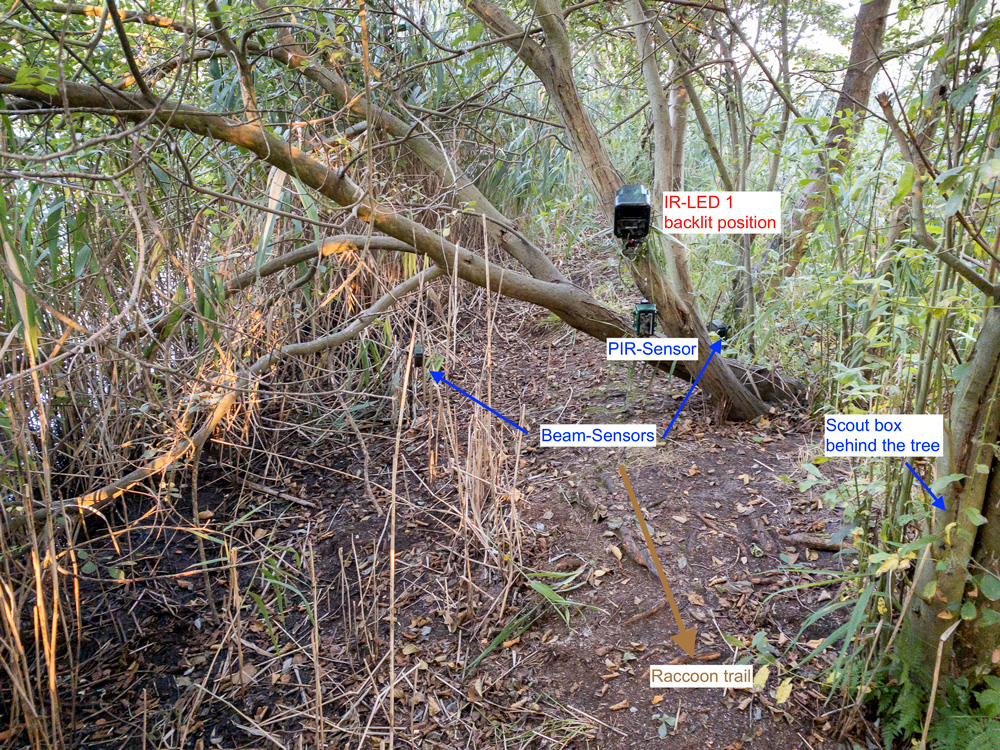 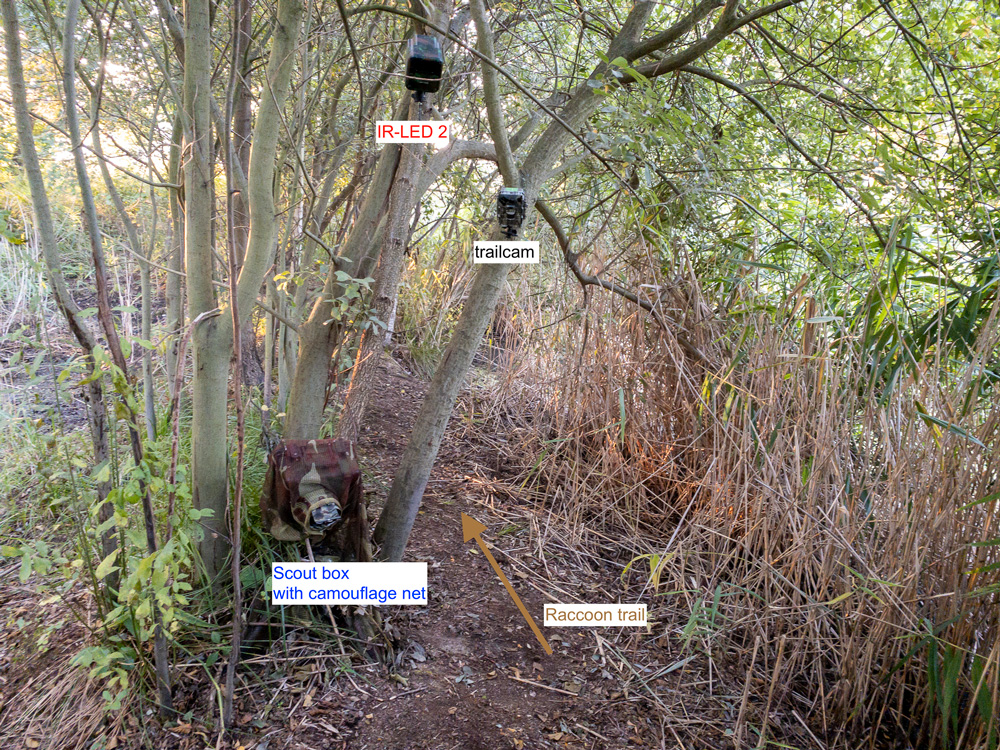 Currently we are already using six Scout-systems, and more reached Germany recently. As a start, this should be sufficient for running our projfect. Of course we also collected footage of other species besides raccoons. Here are some examples (again screenshots from 4K video clips): 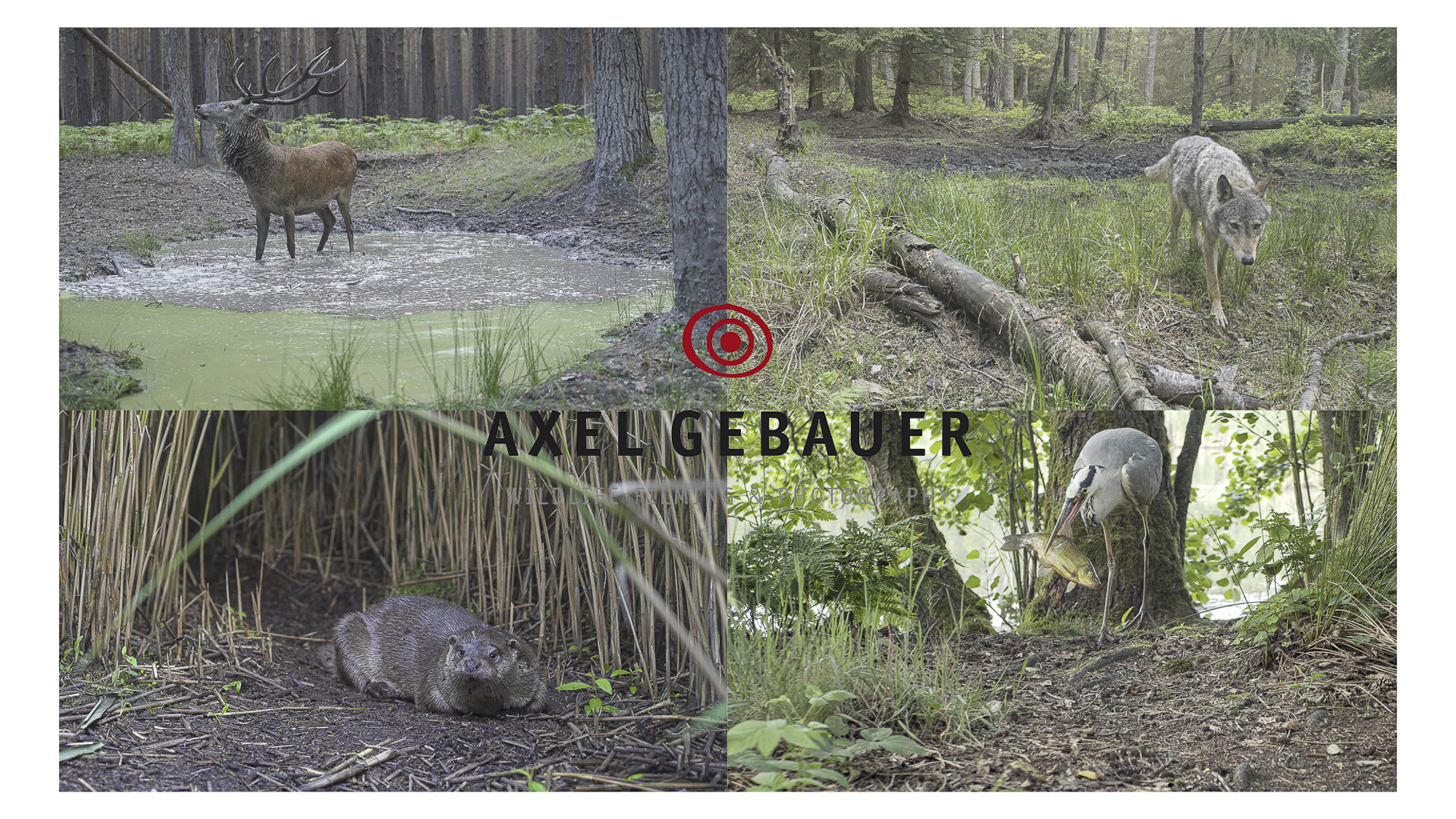 During 6 months of work we have gained various initial experiences with the Cognisys equipment, listed briefly here:

I did not expect such a reliable and easy-to-handle camera trap system when Emmanuel Rondeau told me “Try it!”. It took a while before I was able to use the comprehensive Scout app - no wonder because I do not belong to the app-trained young generation. But now I am very happy that I can manage all the settings with the app. Even the state of the battery charge is visible!

The build quality of all parts of the system is very good. Everything is well thought through and perfectly wirelessly linked - from the sensors to the Scout Box, and the LED lights as well. 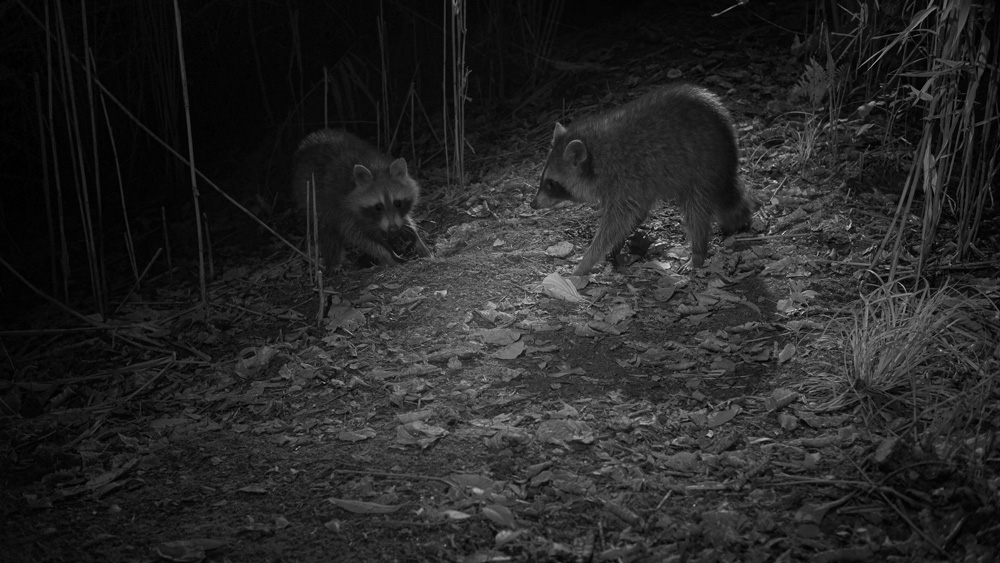 Many thanks to Axel Gebauer for contributing this post!