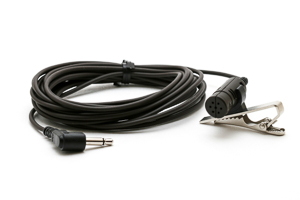 By connecting a microphone to StopShot you can trigger on anything that makes noise. StopShot has a gain control to adjust the microphone sensitivity. You can also program StopShot to fire the flash or camera shutter with a delay after it detects the sound. This can be very useful when capturing paint figures or images of dropped objects. Some examples of photographs that were triggered by sound are shown below.

Using StopShot with a microphone is very easy. Simply plug the microphone into the microphone jack and plug the camera or flash into trigger 1. Using the UP button adjust the delay for trigger 1 to fit your situation. You can see a diagram below of what the StopShot display will look like. In this case StopShot is programmed to wait 5mS before it fires the camera or flash. 5mS is 5/1000 of a second or 0.005 s. This would be a good starting point for capturing a balloon in the middle of popping. Start with the gain in the middle position and adjust it clockwise if you need the microphone to be more sensitive or counterclockwise if you need it to be less sensitive. If you find the microphone is picking up ambient noise in the room just reduce the sensitivity some.

Shutter lag can be a huge factor when using sound as a trigger. The shutter lag of a high end DSLR is around 60 mS. This is way too much lag to capture many noisy events. Balloons popping, bulbs smashing and cork popping are all examples of events that will be over by the time the camera gets around to actually taking the image. The fix for this it to shoot in a darkened room and have StopShot fire the flash instead of the camera. You will have to hold the shutter of the camera open when creating the event.

Another thing to keep in mind when using sound as a trigger is that sound moves slowly... really slowly in terms of high speed events. Consider a balloon popping, it takes around 10mS to completely deflate. Sound moves at about 340m/s. If you take your first shot with the microphone at 0.5m and then move the microphone to 1.5m for the next shot you just added 3.4mS of delay to when the flash fires. Your balloon shot goes form being mid pop to completely over by the time the flash fires.

Below are some examples of what is possible with sound triggering. We also have a video that demonstrates how to capture a balloon in mid pop.

Images Captured with StopShot and a Microphone

Be the first to review this product
$15.00
Previous
Next