The above image shows a screen shot of the StackShot application. The application enables graphical Bezier curve editing as well as a helper to guide you through the motion control curve creation process.

The StackShot 3X application can be used to setup and initiate focus stacks as well as motion control. The computer makes for an easy and efficient platform for studio use to configure the system for focus stacking - both single and multi axis configurations. See a screen shot below of the Stack/Rotate setup screen. 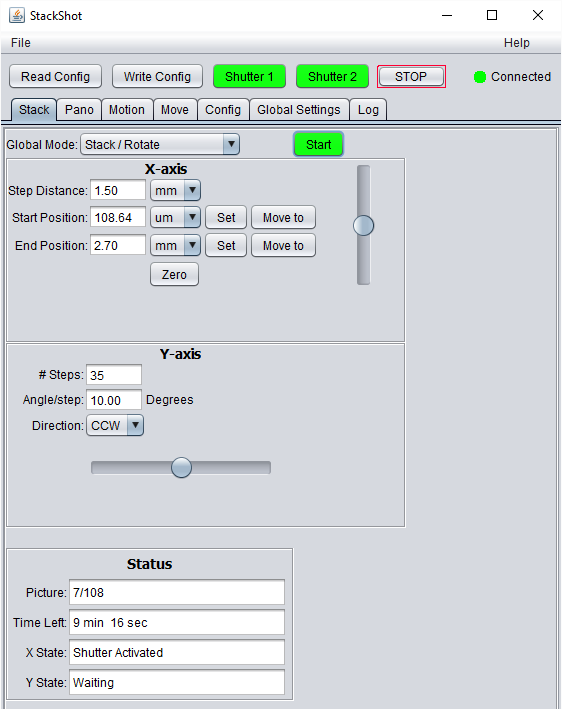 In addition to focus stacking and Motion Control (both shoot move shoot and continuous motion) the StackShot 3X computer application can also be used to configure the StackShot 3X for gigapixel image scans and panoramas.